A strip, triggered by viewing (obviously) the last Aquaman movie... Well, I'm always very late with this kind of movie, and was quite reluctant to watch the adventures of the most ridiculous hero of the bleak and ugly DC Universe... 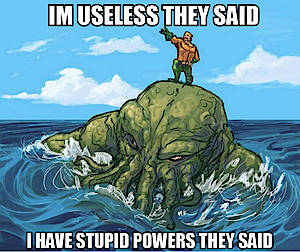 Eveything was ready for a good load of mockery.
But, actually, this is one of the least worst film from the serie of DCU movies. 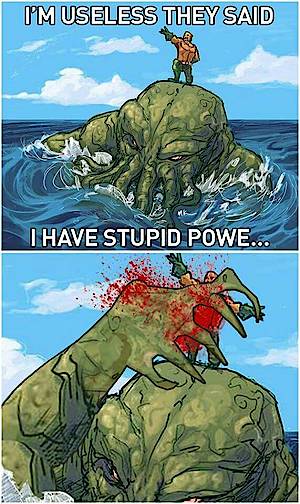 Beyond the quite dull story and kitch fashion show, "Aquaman" displays a genuine homage to H.P.Lovecraft with obvious reference (visible in the first minutes, with the Dunwich Horror book clearly visible):

and overall with the dive into the "Trench" and its infamous deep ones... Some imagery are influenced by the digital Lovecraft-related art that florished on pinterest and other medium: 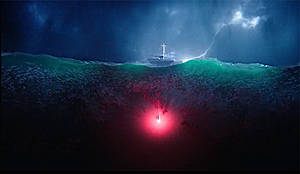 And finally, the "Karathen" has a very interesting introduction, and could apply to the "Lesser old Ones" closed club...

... but it is less convincing in the final battle, with a "pet" status that lower its former majesty. 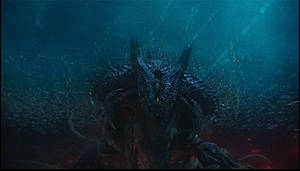 In the end, it's a dumb and non-serious movie, with quite good CGI effects (to be opposed to the hideous numeric mud seen in Justice League) and some fun moments. And some Cthulhoo-approved sparkles inside.
And for the youngest ones not getting the "intelligent squid" point, just google "Topo" for more infos... 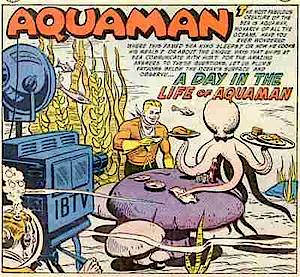