Today's strip started as joke: in a public image forum, the original "CountryBall" strip was published (taken from here), and someone added "Cthulhu is Missing"... so I decided to patch that...
If you're lost, a few hints:

the image board user was refering to this famous image: 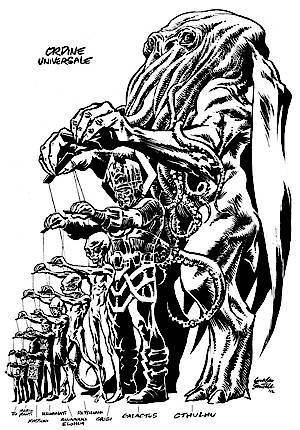 and CountryBall is a general term covering a lot of comic strips with countries represented as "ball", using rough drawing and quite broken english... It's difficult to track who made the strip, and if the author of the original strip (apparently inspired by this one) recognise itself, he can contact me for credit (or removal...). And no political offense intended, Great Cthulhoo is far beyon that.