Today's strip is not a joke. Well, the success of the strange "Mandy" may give some hope... or not.

It might be wiser to re-watch the excellent Huan Vu's "Die Farbe", already a faithfull adaptation of the "Colour out of Space".

"The Apostle" is a netflix production, with a very good budget, acting and sets, but it misses the point; Story is simple: A strange sect is living on a remote island, woorshipping a faerie-like divinity, that is supposed to feed the land, nourrished by its followers' blood.  But the god is actually dying. To keep the island alive, the sect kidnap a rich man's daughter, and the movie follows his brother, who infiltrates the island and discover the truth.
Trailer was promissing,  and  "The apostle" displays a wide range of good ideas and visual development (like the torture scenes), but the scenario is quite boring, and the "mythologic" aspects are under-developed. Too bad, it could have been a stunning movie. 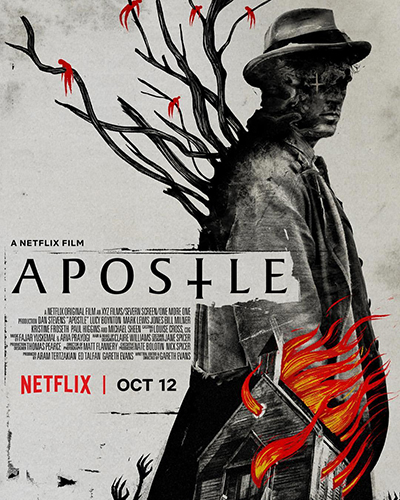 Much more lovecraftian in spirit, "Black Mountain Side" is a small independant production, with a very limited budget, but it succeeds where the "Apostle" fails: to infuse the genuine feeling of Cosmic horror.
Scenario could have been a replayed session of Call of Cthulhu RPG, with a simple time/space unity: a team of archeologists (along with some archetypal roles, such as a doctor or the grumpy mecanician) unearthes proofs of the presence of a pre-mesoamerican civilisation in a remote, icy location somewhere in the Canadian Mountains. But soon, the native workers flee the site, and the contact with the world is lost, leaving the men with their own slow-building madness and may be, an evil, eldrich presence. Without a decent budget, everything is suggested, rather than shown in plain light, and that is for the best. There are a few direct reference to the lovecraftian universe (If I say "arm & squid", I may be spoiling a bit), but the best hommage is a direct, efficient painting of the "Cosmicism", and the feelings that come along. The movie is not without its flaws, but with its striking final, it's a must see 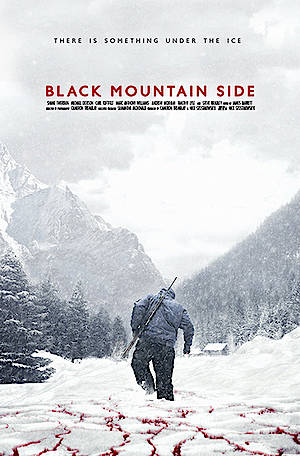 Sorry for mistakes, I try to have my strip corrected (thanks to the tireless Bobby D.), but not my additional texts...