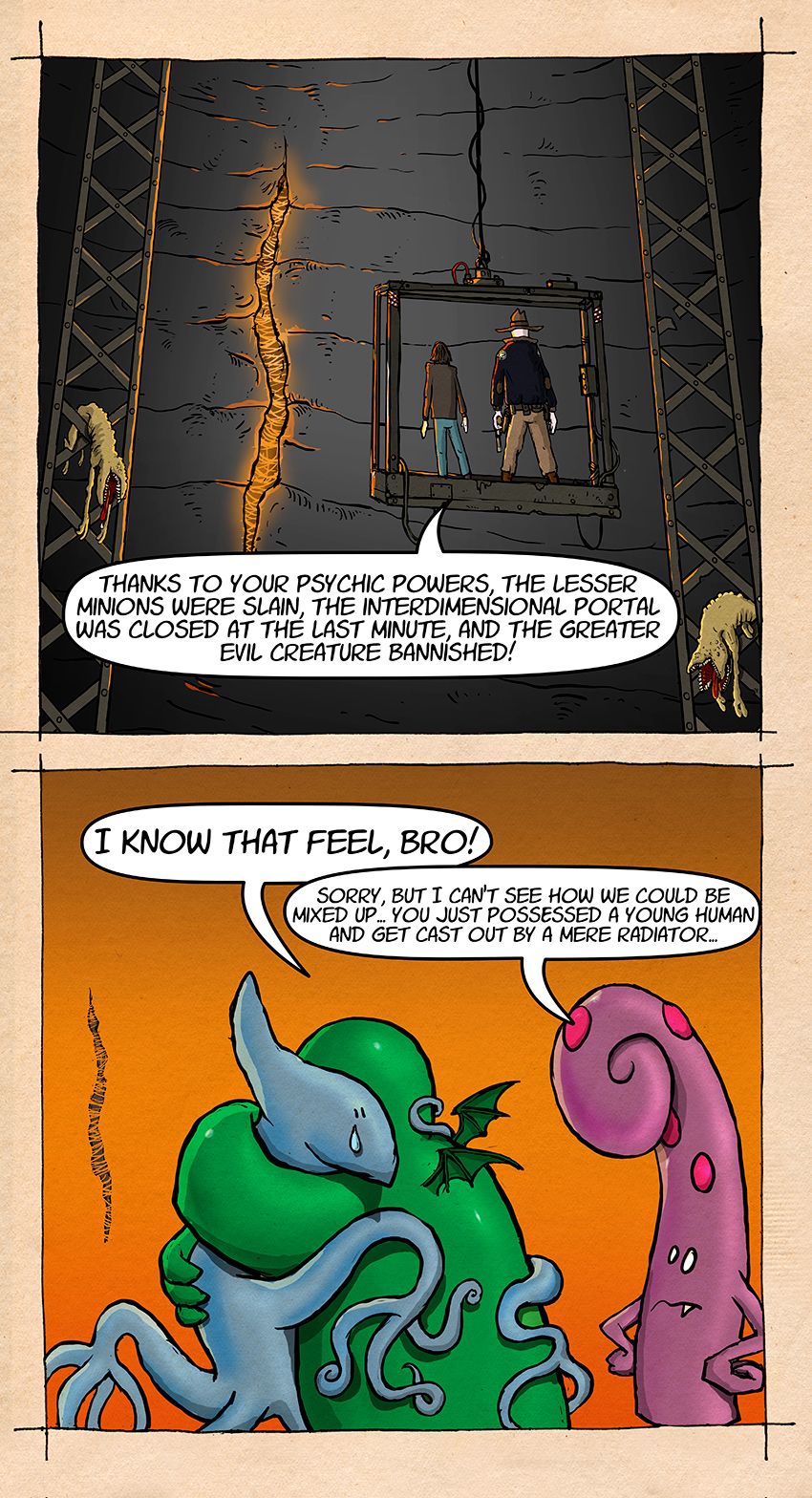 Season two of "Stranger Things" has an undeniable Lovecraftian taste, much more than its promising but disapointing predecessor.
For its setting, its very special mood and background, it was something I wanted to like... But again, the building quickly crumbled down, and I eventually found myself in the middle of a cheap (not to say bad) role-playing game session, with a "80s stereotypical movie" setting and a caricatural resolution (see strip).
Every good idea is spoiled by lazyness or rather by production pressure (I know much about that...):
-some Interdimensionnal fiends, but with a classic & boring  4 legged body and animal parts. How unoriginal... and what to say about the "Cut and Paste" scenes?
-A formidable Elder-God like ultimate foe, defeated with a few degrees Celsius, and wrongly associated.
-An intriguing underground half-living lair, reduced to a simple background when it could have been a true actor of the story.
-An Evil corporation driven by military purposes that suddenly becomes friendly and supportive, and simply give up about on the greatest physic discovery of the century.
-So many lovable but monodimensionnal characters, and so many scenaristic dead-ends...
-Actual 80s references never fully assumed (Dig Dug, really?).
-Again, D&D references gone wrong (Mind flayer, not the best choice IMHO)

And I say nothing about the ubber-cheesy ending... At least we had a glimpse into what a good Lovecraftian could be... with some bolder scenaristic moves,

Thanks goes to Bobby D. for correction.