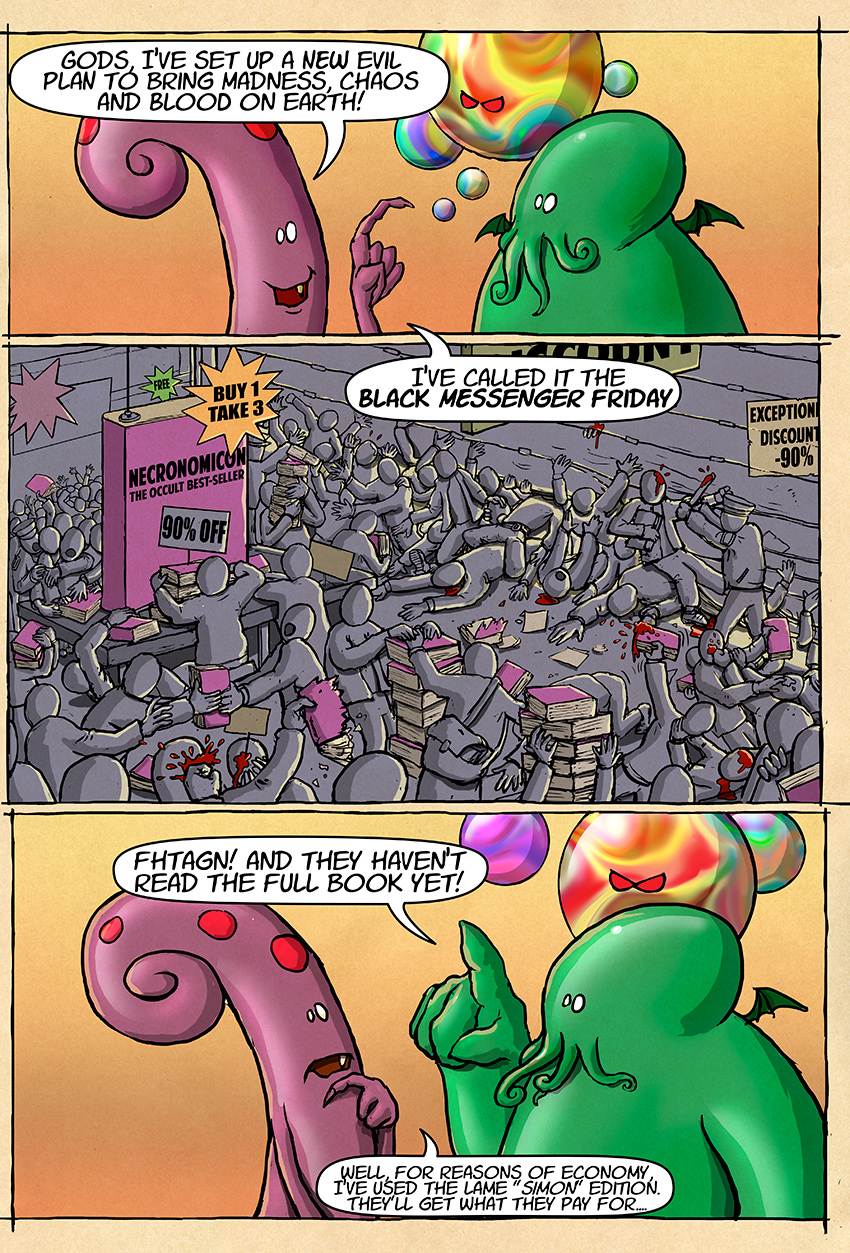 The Vault is back after a short black-out, thanks to "cenotaph" Viktor, official necromancer. As I said, it appeared that the Website was once again hacked: a malicious script was installed by web-robots (I guess), using a security breach of the system. It was turned off by the Host company, that detects suspicious activities, and we needed to "clean up" the infection. It's not a "Defacing" or "DoS" attacks, or any volontary sabotage... just a sordid avatar of the spam/malaware plague of the web.

Anyway, I introduce a new strip, a bit ahead of it's own actuality, for once.
And for those who ask, the "Simon" version of the Necromicon is a terrible book from the 70s, mixing Lovecraft's mythology with Babylonian/Sumerian rituals (among other unspeakable things). It's quite uninteresting, and was clearly made to earn from the occult trend and the re-discovery of HPL's works by the pop-culture. I've seen my "serious" works illustrating the French version by Bragellone,  but at least, it was a gorgeous item. 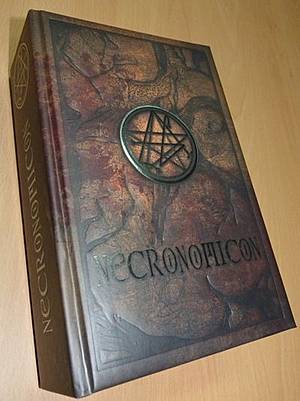 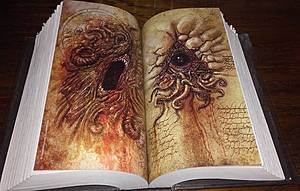 And this strip is the first one that was made quite completely on my new portable device, a Surface Pro 4. With this powerful yet light artefact, I hope to be able to raise my productivity and deliver new strips more often... I aslo plan a short article about the pros and cons of those kind of machine... 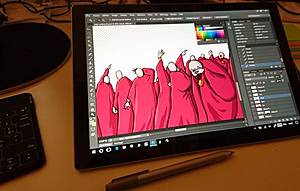