If you don't get it, today's strip is an hommage to Bernie Wrightson, who passed away a few days ago, and his most famous creation, the Swamp Thing...

He was an incredibly gifted artist, mixing influences from Frazetta to 19th century illustators, with a very personnal inking technique.

He made a terrific tribute to Lovecrat, with the comic adaptation of "Cool air" in 1975. 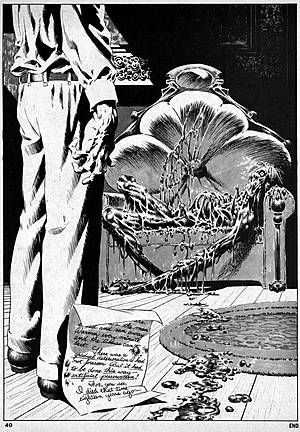 Don't miss his version of M.Shelley's Frankenstein, a Masterpiece of drawing.