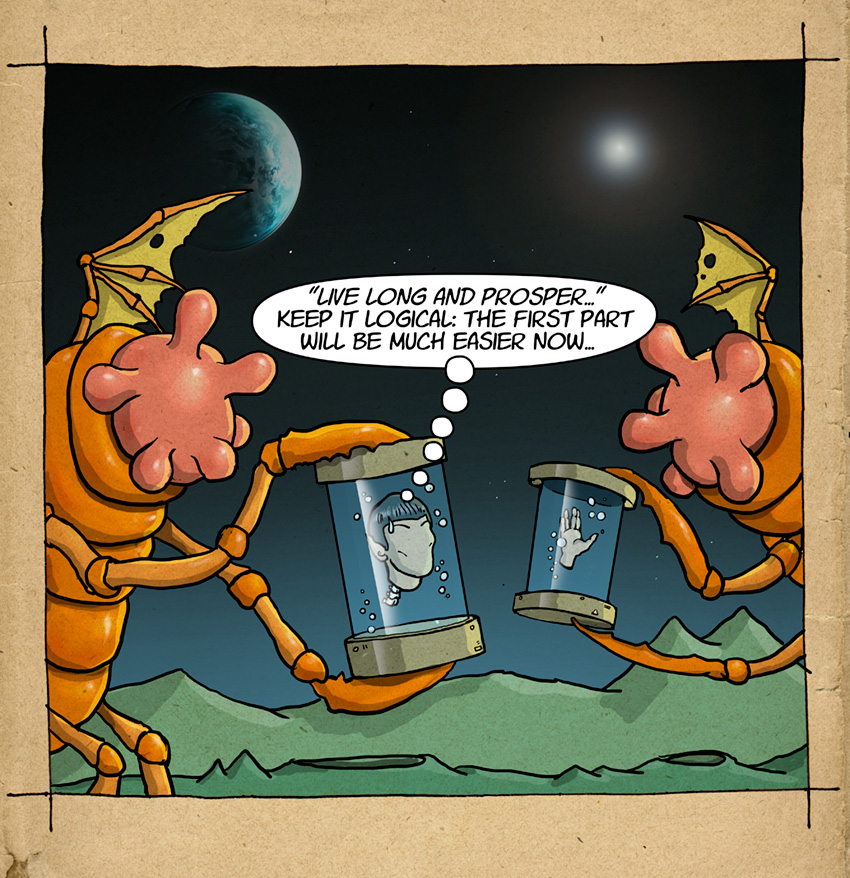 I'm not a true "Trekkie", but I supect there are some among the UVoD's Readers... Anyway, no one can deny the inflence of "Star Trek" on SF, and the role played by Leonard Nimoy (1931-2015) in the Superior Alien Race depiction,,, this is the hommage from outer space. And I found this reference after the completion of the strip (in Futurama - Space Pilot 3000) 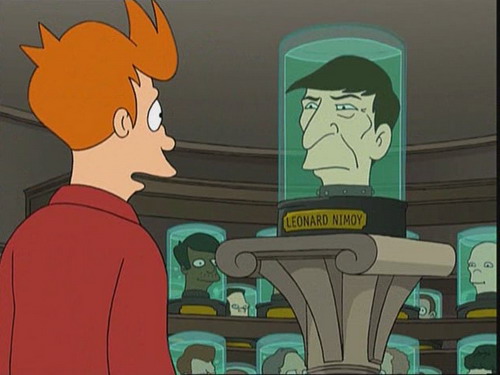 Another obituary today: Talus Taylor is dead... and as the pink soft blob was one of the first video companion of my daughter, I've recently watched more Barbapapa episodes than Star Trek... 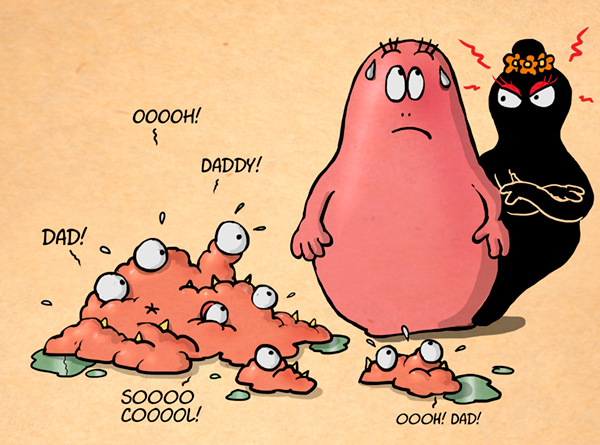