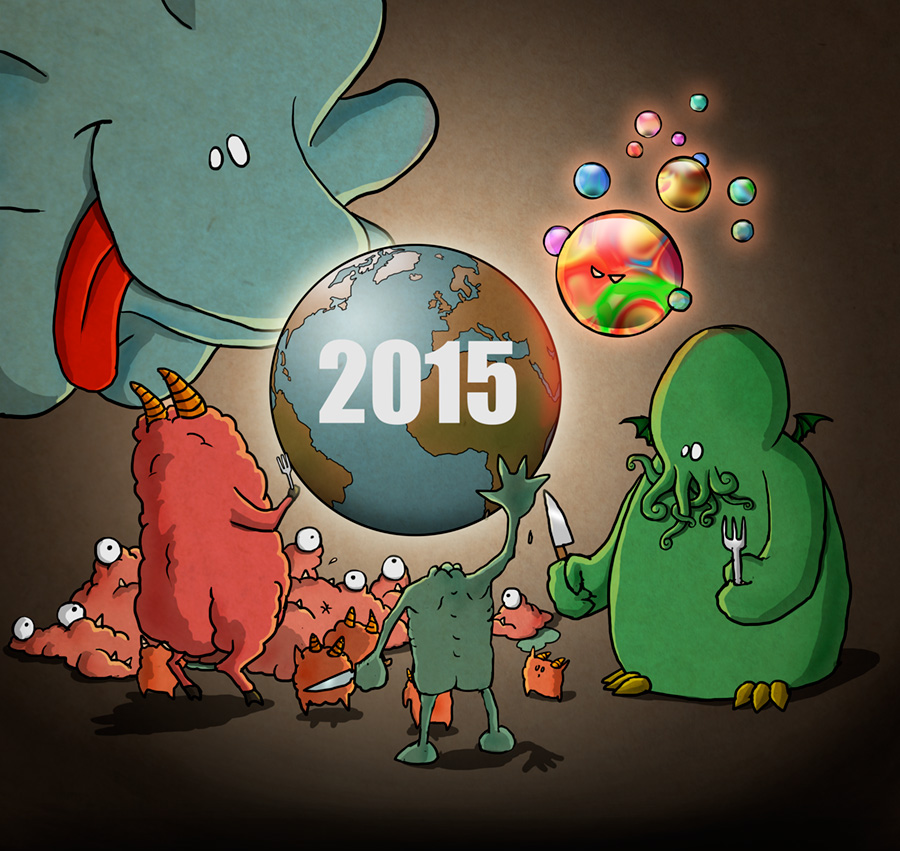 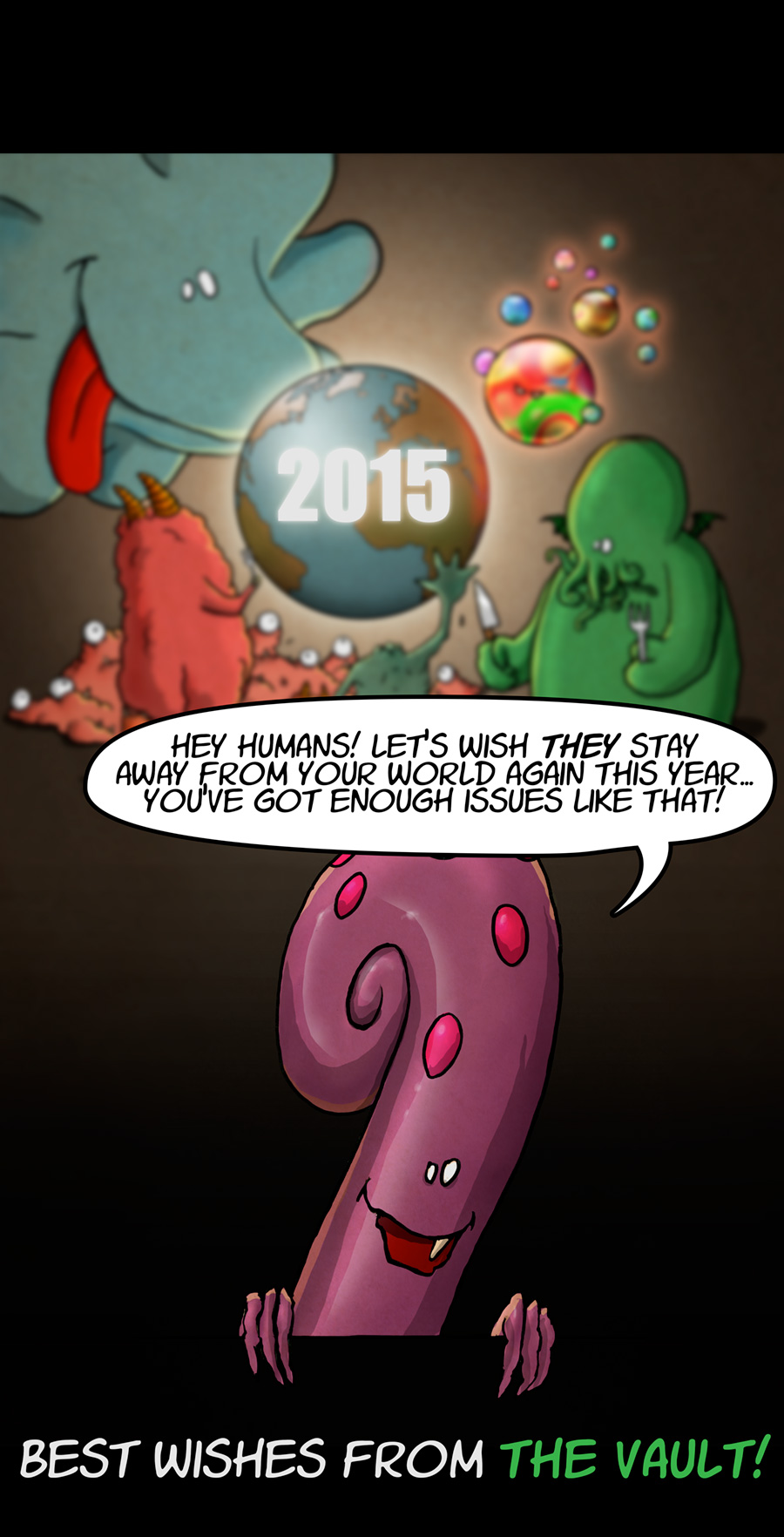 The Mandatory Wish Strip... The end of the year was a very difficult time for me - I'm still working on 2 movies at the same time, and nearly entered in a burn-out state before christmas.  Things are settling down by now, but I've still have a few files to close. I must also reboot the french version of the Vault, with the second Tome to complete. Update were very rare in 2014, Let's hope 2015 will be cooler and let me work more on the Strips... Anyway, Let's hope also that the dimensional barriers will keep the GOOs away another year (Or may be, let's pray for them to come soon - would it be so worse?).