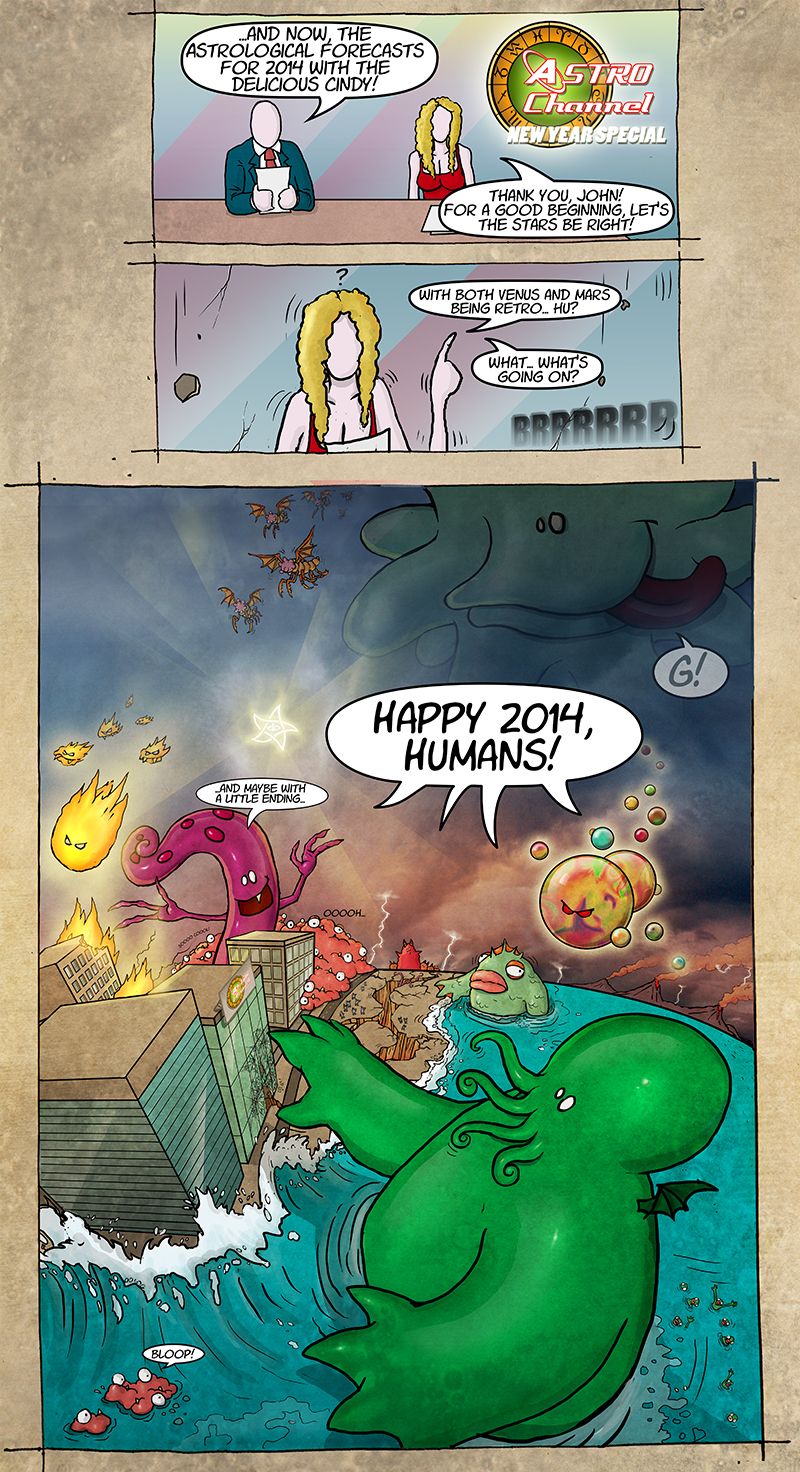 The mandatory first strip of 2014 (it took me eons to draw)... Best wishes for all the Cultists following this webcomic (others will be eaten last). End of the year was very chaotic, I couldnt work for the Vault as efficiently as I wished, due to some heavy pressure, and a few commissioned artworks (I'll talk about that later).

Thanks to Bobby D. for his help, and all the people that collaborated with me last year. Unfortunately, French edition is facing some slight issues (I'll come back on that), but there's still some hope before the next evil star conjunction.

Anyway, it's still incredible that a large part of the population believe in Astrology, or doubt about evolution or climate change. People, why don't you also worship squid-headed multi-dimensionnal entities?

(and I still know that the elder sign is a protective symbol... but it's soooo cooool to draw!)