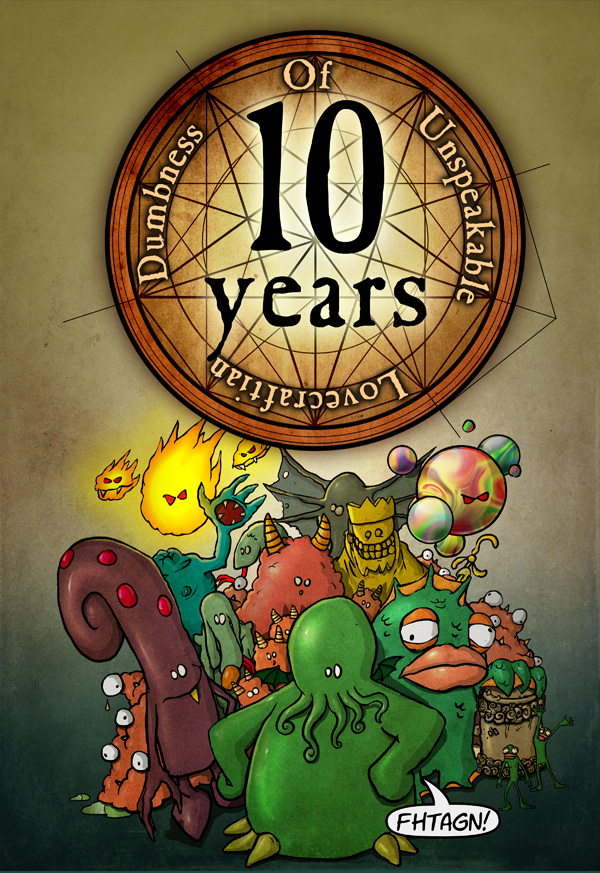 You've been waiting for long, as the Vault stayed dead for weeks... It's now over!
So, let's start with a celebration: 10 years ago, the Vault was opened wide, releasing its unspeakable horrors upon the world!

The idea was born at the 1993 Game Fair in Essen, Germany. I discovered Lovecraft as a teenager, through role-playing, and years later,
I was successfully working for the rpg industry, drawing illustations for Pegasus Spiele, german editor of the Call of Cthulhu.
At Essen, I was signing books, and witnessed a riot: Cthulhu plushed just arrived!
I understood at that moment it was time, after years of faithfull devotion to the Mythos, to have a little laugh with the Old One.
On my way back home by train, I started drawing the first strips of the Vault. I had already made a few sketches of comic Mythos creature

The Vault opened with a dozen strips. At that time, I had no plans. I hate drawing comics - or to be more precise: I don't like to draw the same things twice. I planned to use a limited number of creatures, and to heavily use the copy/paste functions... It went not as expected: the look of cthulhoo and pals strongly evolved during the first years, and most of the strips are now completely "new" - not much re-use here. Strips are more detailed, and take more time to make,
In 2004, Pegasus seemed interested to publish a paper version of the Vault. I had to create a large number of new strips, and by the begginiong of 2005, the first paper book was released. 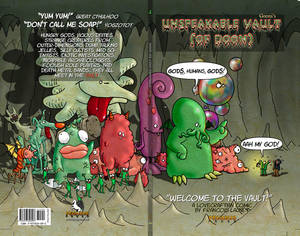 It contained a large number of unpublished strips at that time. Most of the copies were sent to the US, where they were distributed by White Wolf/Chaosium. They were quickly sold out, and in the meantime, I started to work on the second paper issue, while maintening the Vault Website, trying to publish one strip/week. an Achilles tendon rupture gave me time to finish the second book, that was published around 2007. 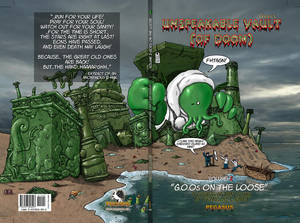 Volume two was also sold out quite quickly, but Pegasus showed no interest in republishing both books. The Vault continued on the web.
Thanks to "cenotaphe" Viktor, the Vault went from a manual website to a powerful CMS, typo3. It was easier to update, but  there were a few lazy times. Working on the Vault is done on my "free" time, as I have a "day" work (as a CG supervisor) and also do some commissioned illustrations. Sometimes, I just don't have time to work on the weekly strip, or I just lack inspiration.
Anyway, in 2011, I was contacted by Diabolo Ediciones, a spanish publisher interested in translating the Vault in Spanish. We worked on the spanish version, and at the same time, we build a new version of the Pegasus Books in english, with a new horizontal format. The Diabolo books in english were published in the States by Kettle Drummer.

A french printed version is also available. It's a small miracle, because this project has always been cursed... I tried four times to
make a french version, and it was always canceled for different reasons... it's now a reality, let's make a sacrifice to have a second volume
very soon! 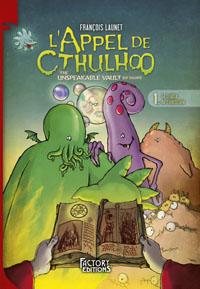 The Vault is (slowly) reaching its 500th issue, an incredible number considering its narrow path. Ten years ago, public was scarce and spread all around the world.
The rise of Geekdom created legions of new fans, but the UVoD is too specific to have a huge audience.
I have no idea about the future... Yogzotot, help us! But if the next days, I'll publish a few old strips for the celebration!