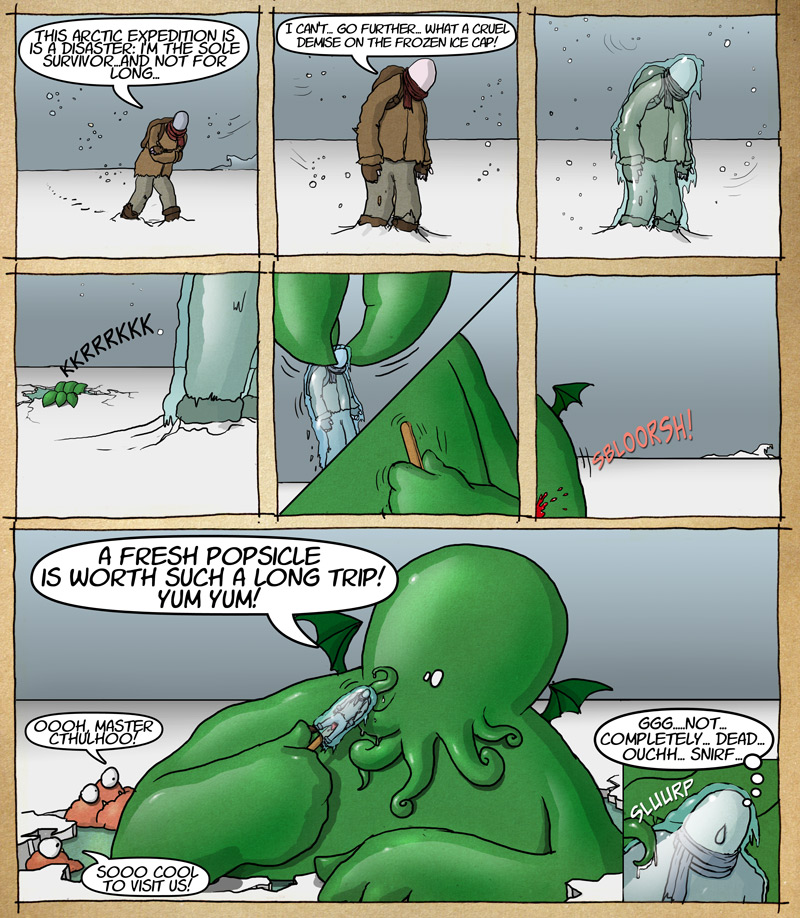 Here's at last the explanation of the cryptic last strip: I'm taking a long jump over the Pacific, to reach New Caledonia, where I'll be participating to a Lovecraft Festival, organised by Noumea's Sci-Fi Club. For the one that ignore what "Nouvelle Caledonie" is, it's just another piece of the dead colonial French empire, a beautiful red and green rock lost in the middle of the ocean, surronded by a gorgeous lagoon. I coudn't refuse the club's invitation, with such a nice place to visit... Sharks, endemic tarantulas, Lovecraftian convention and Kanak culture, that's a good program! 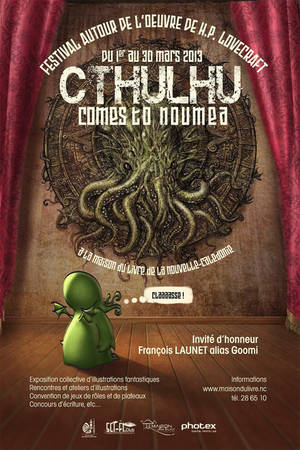 You can learn more about the event on the official Facebook page - in French.
I'll be presenting my works and animate an illustration workshop.
There will be some debate around HPL's works and Call of Cthulhu RPG sessions.
Thanks to everyone that made that trip possible!

The Vault will reopen by the end of March, unless Cthulhoo really comes to Noumea!