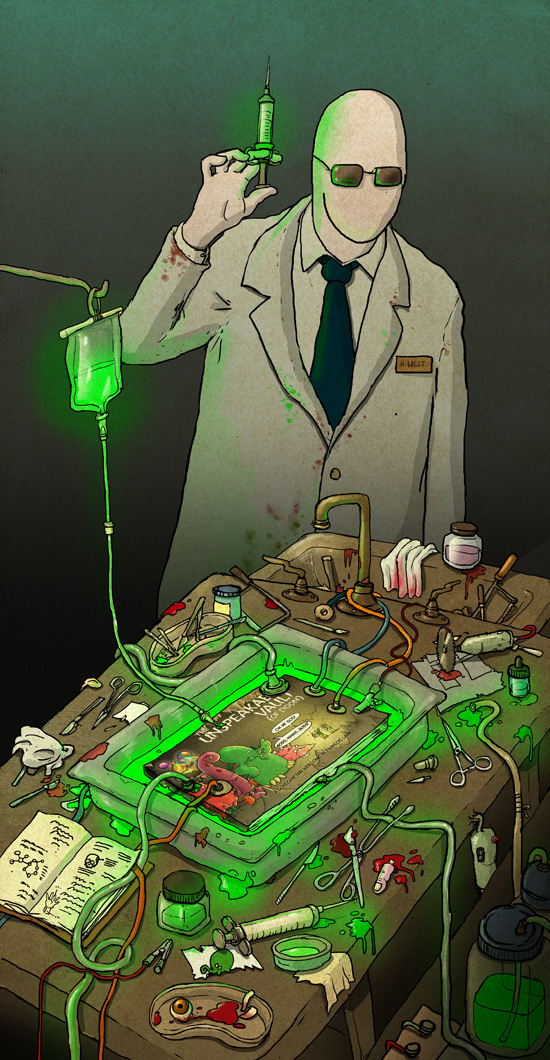 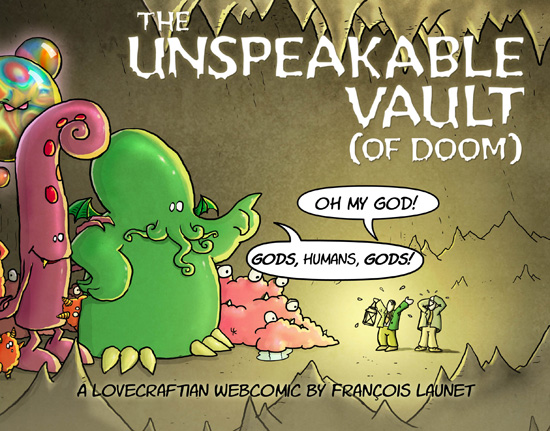 As you may know, a paper version of the Unspeakable Vault was printed in 2004 by Pegasus Press. Two volumes, "Welcome to the Vault" and "G.O.O.s on the Loose" were edited, compilling strips published online along with some new material (most of the original works were later posted on the website). Both books were sold mainly in the US, distributed by White Wolf and Chaosium, and were quickly sold out - Pegasus never reprinted them. "Unspeakable Vault" books became as rare as good Necronomicon copies, overall in Europe. But don't lament; cultists! Diabolo Ediciones, with KettleDrummer Books, just made you dream come true! A new reprint of the first strips from the Vault will be available by October 1: preorders are now opened on Amazon!

the new "Welcome to the Vault" gathers strips from  2003 to 2005, under a new cover, and with a new horizontal format. A must have for newcomers and survivors!
For the moment, there's no specific distribution in Europe, shipping fares from amazon seeming correct.