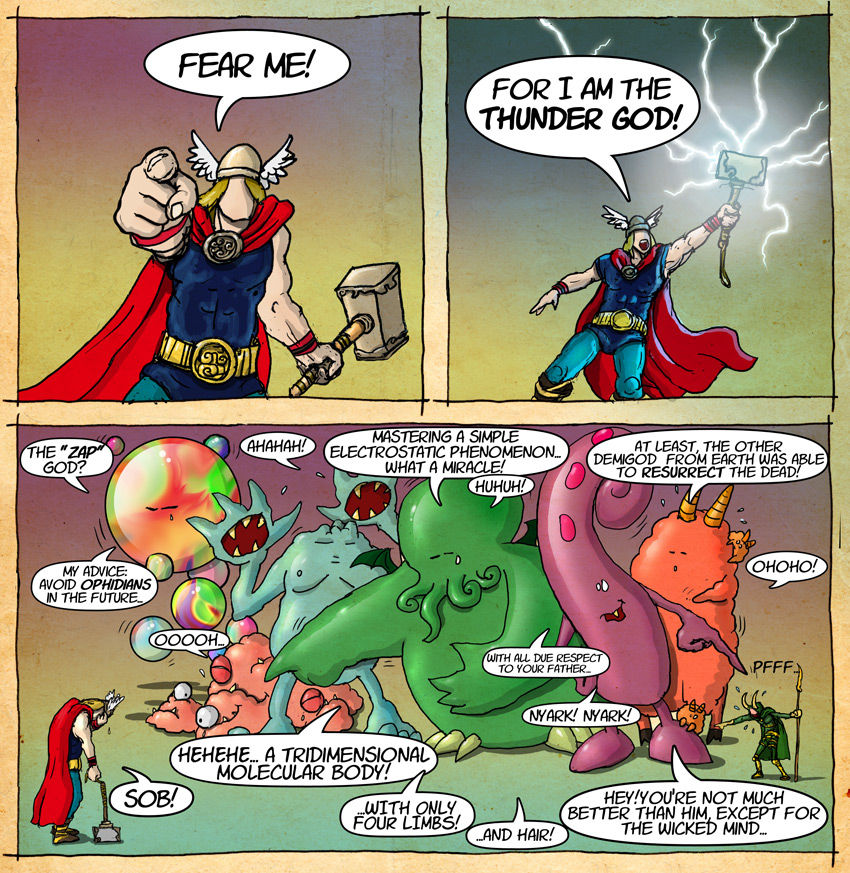 I always found Thor a bit ridiculous in the comic, compared to the original mythological tales, and I'm not the only one...
Bobby D., the corrector of the Vault and cultist of the Norse God, taught me that Marvel once edited a story where an Evil version of Thor meets R'lyehians and Many-Angled Ones... what has not been written?
Anyway, today's strip was not inspired by the recent movies featuring the nordic playboy, but rather by Sabaton's song "Twilight of the Thunder God", from their latest album (a cover of the original by Amon Amarth, one of the best Vicking Metal band)