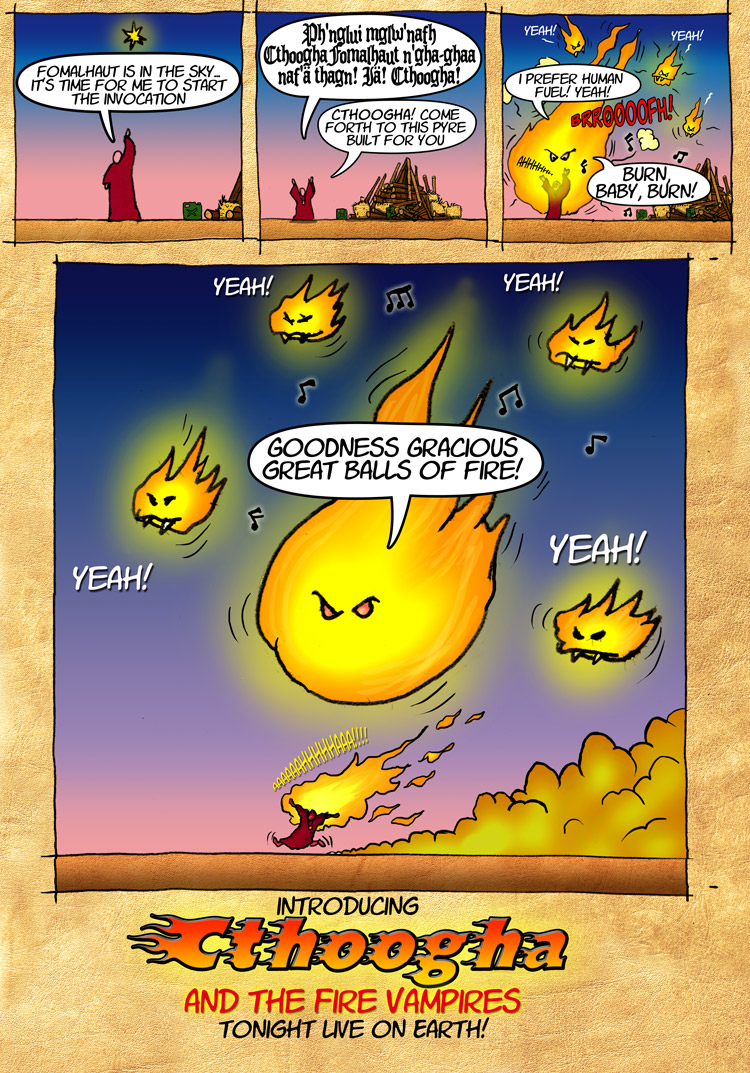 A new god in the Vault! Cthugha was created by August Derleth, as a fire elementary conterpoint to the Elder Gods. It is not a very interesting creature in itself, but I first "met" her during a late roleplaying session, invoked by a fellow player to fight back a Starspawn... It was the first time we had a "weapon" able to wound a major Mythos creature. Even it may represent the bad influence of Derleth on the "Mythos", she deserves to come and burn some cultists! She was featured in the UVoD Book, tome 2 and in the Munchkin add-on. 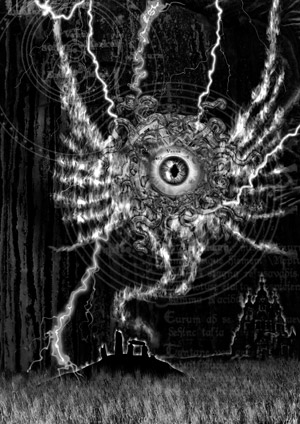