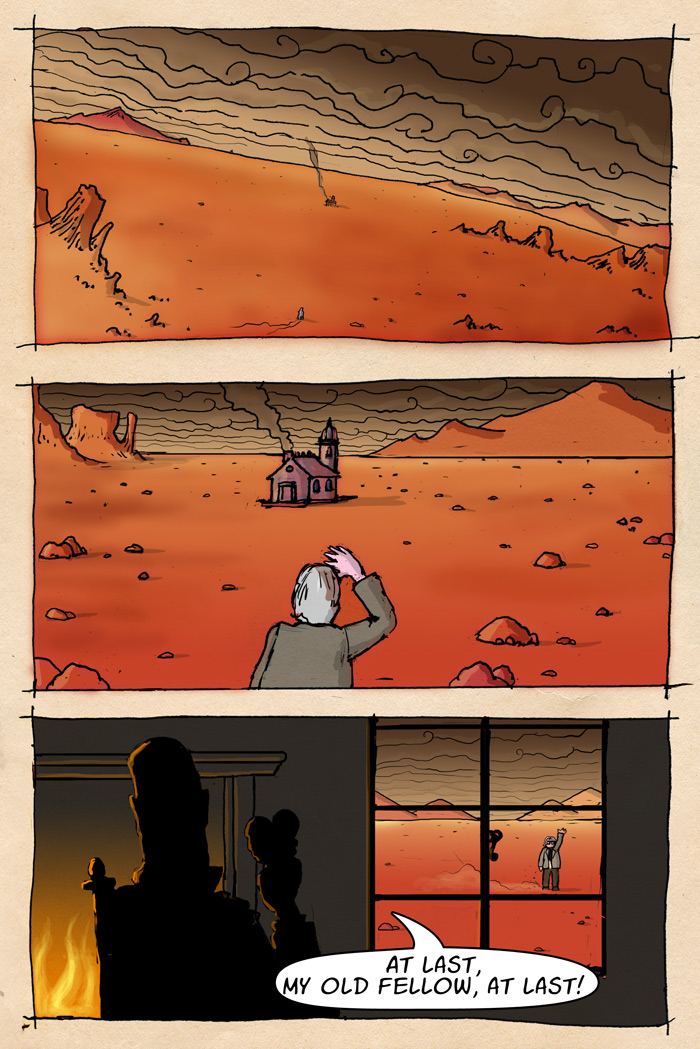 As a child, I was a big fan of Ray Bradbury, that recently passed away (this is a bad year for Science-fiction). Today's strip might be rather difficult to understand without knowing "The Exiles", a short story written in 1949, in which famous "supernaturalist " authors such as Poe or Blackwood exist on Mars. In the first, un-edited edition of the story, Bradbury included H.P.Lovecraft himself, sitting in front of a bonefire, sipping an ice-cream. You can read the whole story about this editorial singularity, and here's the extract here. The segment was later removed.