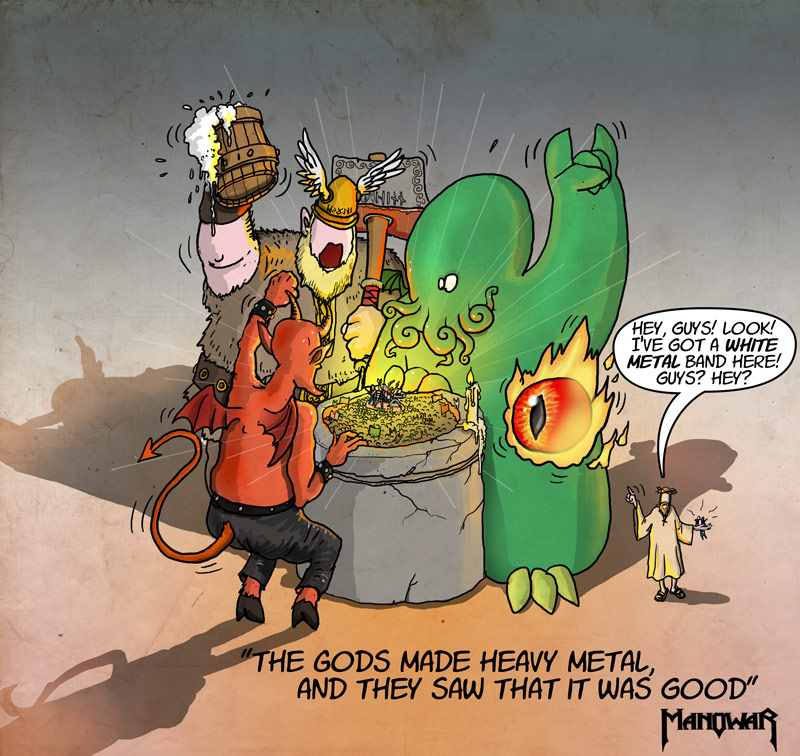 As a metal fan, I cannot deny my roots: Despite some very discutable imagery, I've been a big Manowar supporter, and if I'm not ready to make 300 km to see them in gig by now, I'm still full of respect for their past works (though they haven't been tainted by the Mythos in any way). My "Vicking metal" references are Bathory("Hammerheart" periode) and Amon Amarth. But don't be fooled, I also like Believer's "Sanity obscure" a lot! Thanks Viktor for the idea!